What do “Whipped Votes” and “Dead Money” have in common? No, they are not ska-punk bands names. These are the concepts that are still forefront in mind after hours and hours of guest speaker-talks and intense conversations had at the Green Party Convention held in New Brunswick.

In the spring of 2012, guest speaker NDP Bruce Hyer was disciplined for voting against the NDP position on gun registry. He apologized but also asked that the party allow more free votes for its members. The party whip actually threatened him with the loss of his job and dismissed his concerns by saying: “you won’t quit!” But Bruce Hyer did quit and became an independent. Inspired by Elizabeth May’s work on climate change, he later joined the Green Party becoming the second Green MP on December 13, 2013.

Whipped votes are votes that members of parliament must make even if they go against the wishes of their constituents. It started in 1970 when Trudeau changed the Election Act to require that a party leader’s signature be required on a candidate’s nomination papers. Very quickly the signature that became required could also be the signature that could be denied. It became and still is a weapon used to “whip” MPs back into the herd.

This is a non-partisan issue. This is a problem in every party. Another guest speaker, Michael MacMillan is co-author of Tragedy in the Commons: Former Members of Parliament Speak out about Canada’s Failing Democracy (Random House in April 2014). He collected eighty exit interviews from MPs in 2006, 2008 and the last of which were added in 2011. What he found surprised him.

The answer to the question of what frustrated them most while on the hill was almost always the same: a frustration with their own political party. MacMillan says that MPs do have a sense of individual agency but their success was based on whether they could negotiate their own party: “the underlying truth is that there is an uneasy alliance between an MP and their own party. This was surprising but consistently true.”

The potential hero who will save the day is a Conservative MP named Michael Chong, MP for Wellington-Halton Hills. He has put forward a private members bill called “Bill C559 – An Act to amend the Canadian Elections Act and the Parliament of Canada Act”. It would remove the need for a Party leader signature, for starters.

MPs will vote in September on whether it moves forward. Given the pressure coming from their leaders on which way to vote, MPs need not just equal pressure from their constituents but overwhelming support from the voters of Canada. Here in Bruce-Grey-Owen Sound, Larry Miller is one of its few supporters. But we must spread the word to our friends and family in other ridings.

Harper’s corporate tax rate is half that of the United States. It is now the lowest in the world. Elizabeth May, Green Party leader, says the resulting money “is not going to job creators”. She says instead it is “sloshing around in bank accounts”. She estimates that the number may be as high as 600 Billion dollars or 32% of the GDP. Her proposal is that if we reset the corporate tax rate even at the mid-range, that we could take all that “dead money” and invest it.

In particular, this dead money could be used to implement a “rebuilding agenda”. The agenda would include reviving Canada’s Environment Assessment Act which she says was “killed” under Harper’s regime. Right now, Canada is a country without a national environment policy nor does it have a climate change policy. She offered an example of the kinds of amendments that have been implemented instead, for example, to the Canadian Energy Act: “Bill C38 says wherever a pipeline runs, the Protection of Species Act does not apply.”

You’ll forgive Elizabeth May’s bias when she says the solution is to “make sure Canadians’ best bet is Green”. She likes and respects almost “89% of the MPs” no matter to which party they belong. But the next time someone suggests that voting for Green is a wasted vote, remind people that most other party members “must tow the party line”. The observation she shared with the crowd on the closing night was that “there’s something worse than a wasted vote. So don’t elect any wasted members of parliament”.

The Bruce-Grey-Owen Sound Green Party of Canada would like to thank Jenny Parsons for representing them aboard the “Green Train” as well as at the Annual General Meeting held in New Brunswick.  We have really enjoyed the daily blogs that she has contributed to our website as well as the photo’s she has snapped. Thanks Jenny! 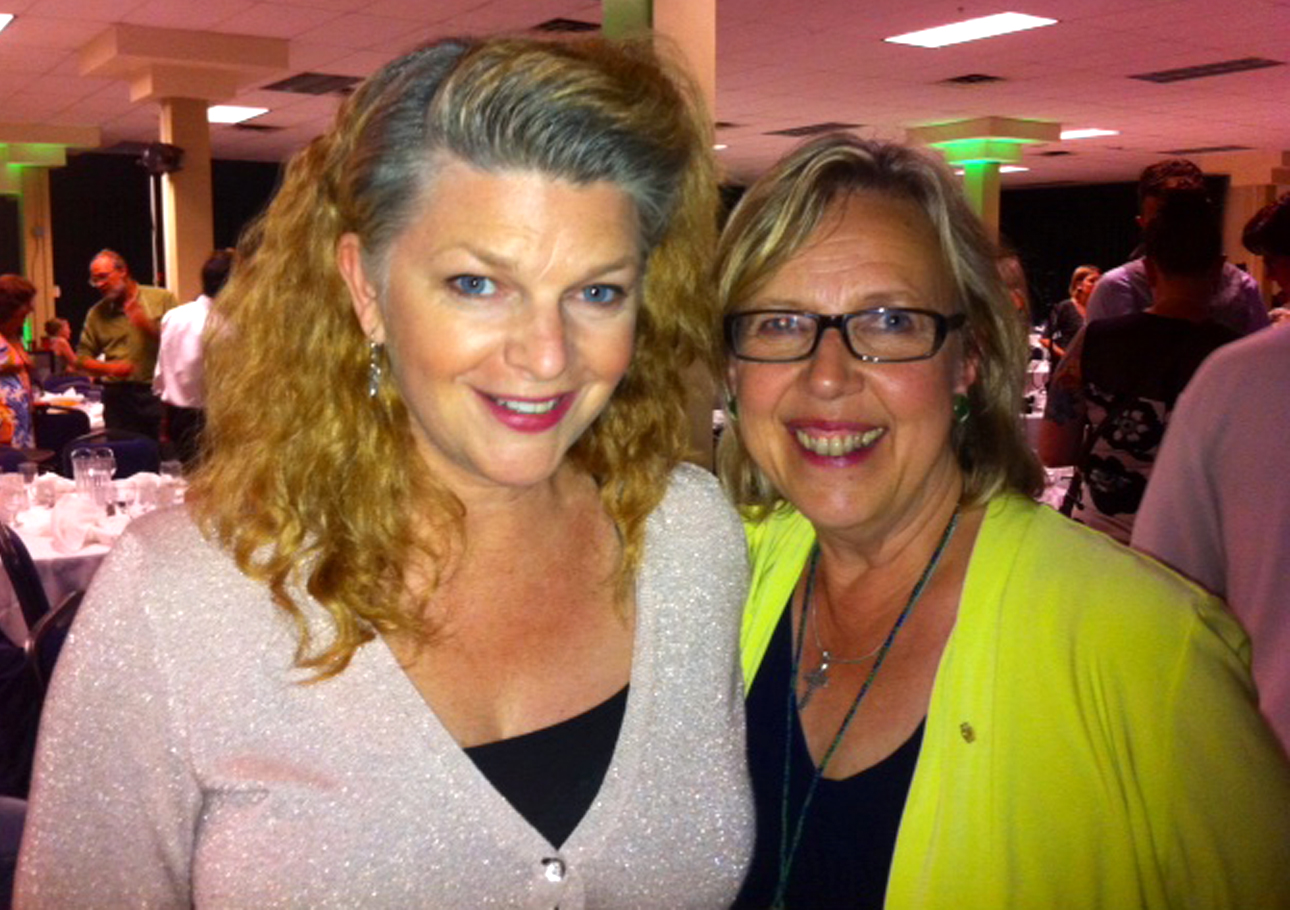